have we misunderstood the word ‘rhema’?

One of the major Pentecostal denominations has a very different understanding of this word to many evangelicals and charismatics. And I think they may have a point.

One of the Greek words for “word” in the New Testament is logos another is rhema. Vine’s Expository Dictionary of Bible Words says that rhema (as distinct from logos) is not the whole of the Bible but individual scripture that the Spirit brings to our remembrance. 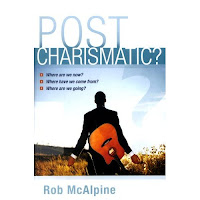 I have been reading ‘Post Charismatic?’ - an excellent critique of some of the excesses in the charismatic movement. In this book Rob McAlpine describes rhema like this:


Many Christians are familiar with the concept of a ‘rhema word’ from Scripture, even if they have not used that term to describe it. From across the denominational spectrum, stories are told of reading a well known passage of Scripture, when suddenly, a certain verse or phrase seems to jump off the page, and the reader knows without doubt that the Holy Spirit is speaking through that verse or phrase. It is a ‘now’ (rhema) word that is found in the ‘written’ (logos) word of God.

McAlpine then goes on to show how rhema has been used by the Word of Faith movement to mean words spoken in faith that call things into existence. He then explains the dangers of this idea of positive confession and shows how this is not what the Bible teaches. But in doing so he also argues that this distinction between logos and rhema is inappropriate and that these two words are used almost interchangeably in the Bible.

In arguing that the common distinction between logos and rhema does not do justice to the Biblical text he quotes from an Assemblies of God Position Paper on Positive Confession. Here is McAlpine’s quote in bold which I have set in context to show more of the Biblical justification in the paper.


A distinction is generally made… between the words logos and rhema. The first, it is claimed, refers to the written word. The second, to that which is presently spoken…. [However] …the distinction is not justified by usage either in the Greek New Testament or in the Septuagint (Greek version of the Old Testament). The words are used synonymously in both.

In the New Testament the words rhema and logos are also used interchangeably. This can be seen in passages such as 1 Peter 1:23 and 25. In verse 23, it is “the logos of God which . . . abideth for ever.” In verse 25, “the rhema of the Lord endureth for ever.” Again in Ephesians 5:26 believers are cleansed “with the washing of water by the rhema.” In John 15:3 believers are “clean through the logos.”

The distinctions between logos and rhema cannot be sustained by Biblical evidence. The Word of God, whether referred to as logos or rhema, is inspired, eternal, dynamic, and miraculous. Whether the Word is written or spoken does not alter its essential character. “All Scripture is given by inspiration of God, and is profitable for doctrine, for reproof, for correction, for instruction in righteousness: that the man of God may be perfect, thoroughly furnished unto all good works” (2 Timothy 3:16, 17).

I left Assemblies of God 25 years ago. A quick look at some of their other position papers reminds me that I wouldn’t agree with everything they say. But looking at the verses here this argument sounds sensible.

As this appears to refute such a popular idea I just wondered if anyone out there had any thoughts on this and what the implications might be.

Update: I've recently added a review of 'Post Charismatic?' on my new blog CharisMissional here. I would highly recommend buying this book.

Posted by David Derbyshire at 2:25 pm

I've always been a bit sceptical about the strong distinction made by the WOF people. This began years ago when I noticed that Mat 26:75 and Mk 14:72 both use RHEMA for 'Peter remembered the WORD Jesus had said', while Luke 22:61 uses LOGOS. Again, in Eph 5:26 believers are cleansed 'with the washing of water by the RHEMA.' In Jn 15:3 believers are 'clean through the LOGOS.' Sadly, though they are utterly sincere, WOF Christians, for the most part, are poor in their grasp of Scripture. They tend to make everything fit a 'scheme'. That scheme teaches you the techniques for manipulating God, and at the same time regiments the Bible to fit the scheme. So it sounds as if the article you quote in spot on, Dave.

I have become more aware that the two words - logos and rhema - are not so distinguishable as we charismatics have made them out to be in the past. They seem to be interchangeable, as you show in your post.

But I would also note that these two words do not usually refer to a 'written' form of God's word. Without my Bible study tools in front of me, I believe they both refer to a more 'spoken' word/message of God. It is the word graphe that refers more to things written.

Still, a good evangelical will tell you that the logos and rhema word ultimately was to become Scripture. Thus, the full canon of Scripture is now the reality of the logos and rhema of God. But, from my understanding, that seems just as forced. Of course, common sense tells us that everything spoken was not actually recorded in Scripture. Scripture only consists of portions of what was first spoken (as some of it is summary statements). It is a good and helpful portion of all that God has ever spoken through His people, but not the full record of God's logos/rhema.

Thanks for those comments. It's encouraging that we appear to be thinking along similar lines.

Interestingly McAlpine indicates that the use of RHEMA is wider than WOF. I don’t think that using this word necessarily means accepting positive confession. And I don’t think he is denying that God can speak to us by the Holy Spirit drawing our attention to a scripture.

Having looked at these passages I am tending to think that it is just unhelpful to refer to this as a RHEMA word.

I don't know about "rhema"but my understanding was that "logos" is a much bigger concept than just the written word. After all the whole of the Gospel of John's Prologue is devoted to the idea of Jesus as the "Logos" of God.

And I've not heard of this distinction being made between the two but it doesn't sound like someone coming up with a fancy theory which is just not borne out by what is there in scripture.

Also, when Biblical writers refer to "Scripture" or "the written word of God" or whatever- aren't they generally referring to the Torah or just the Hebrew Bible anyway? It's never clear that you can apply it to every book of the New Testament, is it?

Very interesting, Dave. I actually am not as familiar with the charismatic usage of "logos" versus "rhema," so this was just educational for me on the whole. But it certainly seems like the article is right to point out the words are used interchangeably.

The whole "positive confessions" stuff is definitely going a bit far, though. I would certainly be "post-charismatic" in this sense, that I critique the charismatic church for having zero discernment, and zero appreciation for proper theology, despite the fact that I would still call myself a charismatic (or Pentecostal).

Thanks for the insight!

Aaron, I’m glad you found the article interesting and educational. Yes, I think if you have a good grasp of scripture it becomes clear that the words are interchangeable and that this distinction is just a theory not borne out by the Bible.

Deb, I agree with you wholeheartedly that Logos refers to Jesus. We touched on this last year when our church studied the Awareness Course. We said that the Bible points us to Jesus who is the Word of God - he is our ultimate authority. I think you would have enjoyed that course. Also I think you would enjoy Blue Parakeet, which I have just finished.

I always thought this quote from A.W. Tozer, in The Pursuit of God, was great:

The Bible is not an end in itself, but a means to bring men to an intimate and satisfying knowledge of God.

Dave, you just finished The Blue Parakeet. I am sure you liked it. I read it a few months back and posted a little review on the book:

Today I looked up all the references to "rhema" in the NT and found that almost all the references were connected to external or audible expressions of logos. The only two exceptions were references connected to John the Baptist receiving the rhema in the wilderness and Simeon at the temple (where He held Jesus up), where it seems they were impressed to go to the places the Spirit said to go and when. I'm just cracking this study open, but I wonder if the references to God speaking rhema in situations like John and Simeon are in the forms of impressions and always lead to a call to ministry, conviction of sin, or a strong word of instruction/rebuke that someone might need to hear, like Nathan to David, but not in reference to life enhancement or "give to this ministry" stuff that we often see on television. In either case, the rhema to John and Simeon led to an encounter with Jesus and the furthering of the gospel. Do you think criteria such as that might be a good way for a person to test supposed rhema? We can test potential rhema from God by knowing that it cannot violate clear teachings of Scripture and be from the Spirit of God, but maybe also by our mpressions leading us to ministry, etc, and always to an encounter with furthering the gospel. Then we can be confident we have heard from the Spirit and not our own thoughts/impressions/emotions. Cherish you thoughts.