I’ve just been listening to Sod The Difference - a talk from Greenbelt 2008 where Jenny Baker comes to the conclusion that there isn’t really that much difference between men and women at all.

Are Men From Mars And Women From Venus?

Jenny takes to task books like John Gray’s Mars and Venus books even though she admits that plenty of people would say that they have found them helpful and learnt to communicate better. Her contention is that Gray’s books and those like them perpetuate gender stereotypes. Looking at the psychological research she finds the evidence that they are based on very questionable. An idea that has also been touched on by Jon Birch in this recent ASBO Jesus cartoon.

Are Men Wild At Heart?
Jenny is also critical of Christian books such as John Eldridge’s Wild At Heart that looks at masculinity and John & Stasi Eldridge’s Captivating that looks at femininity. Jenny pointed out “there is as much of difference between some of the women as between the women and the men”. She is clear that she believes that “there are lots of different ways of being masculine and lots of ways being feminine. People are far more complex than narrow definitions of masculinity and femininity allow. There’s space for men whose hobby is knitting as well as men whose hobby is boxing and both can be masculine” 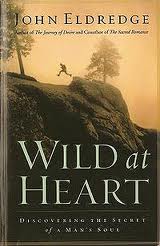 John Eldridge argues that these differences he sees not as cultural but as basic to the way God has created us. Jenny points out that, “discussions of difference can be helpful if we hold them lightly and we see where they fit. But they become a punishing straightjacket if we invest them with more authority than they merit. Any talk of differences can be used in quite a dangerous way.

The Myth of Mars And Venus
“I think we need to resist the use of differences as an instruction manual for how to behave” she says. “And instead take the time to listen and learn and to interact with the uniqueness of the real people with whom we live and work. I think focusing on difference can be an excuse for laziness and a way of justifying immature behaviour instead of doing the work of growing up. Instead of focusing exclusively on differences between men and women – let’s celebrate our sameness – the things we have in common.” 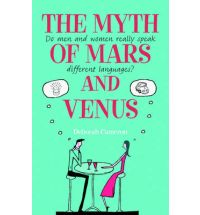 Looking at the psychological studies Jenny comes to the overwhelming conclusion that men and women are not very different at all. Even though some small differences in the brains have been found looking at men as a whole and women as a whole there are no significant differences in many psychological characteristics.
A book that she recommends that looks at such psychological research is The Myth of Mars of Venus by Deborah Cameron. In this book the idea that gender differences are a myth is unpacked. It not just a false belief but it is also a story that has been told for a long time. This is how stereotypes have developed. When we see someone who fits our concept of how we think men or women behave this confirms our stereotype. When we see someone who doesn’t fit we say that they are an exception to the rule.

In conclusion, Jenny points us back to the creation story. The response of Adam to Eve was not that she was an alien from a different planet but that she was ‘bone of my bone and flesh of my flesh”. In other words his initial thought was “Here is someone who is just like me”.

I found Jenny’s talk both scientifically sound and immensely practical in giving an approach to understanding gender differences. Let us approach each person as unique and not be quick to make assumptions on the basis of whether they are male or female.
Posted by David Derbyshire at 10:38 pm

"In conclusion, Jenny points us back to the creation story. The response of Adam to Eve was not that she was an alien from a different planet but that she was ‘bone of my bone and flesh of my flesh”. In other words his initial thought was “Here is someone who is just like me”. "

LoL! that WAS the point of creating Eve, wasn't it? (gen2:18-20) How easily basic reading skills are forgotten when we look for messages we'd rather hear!